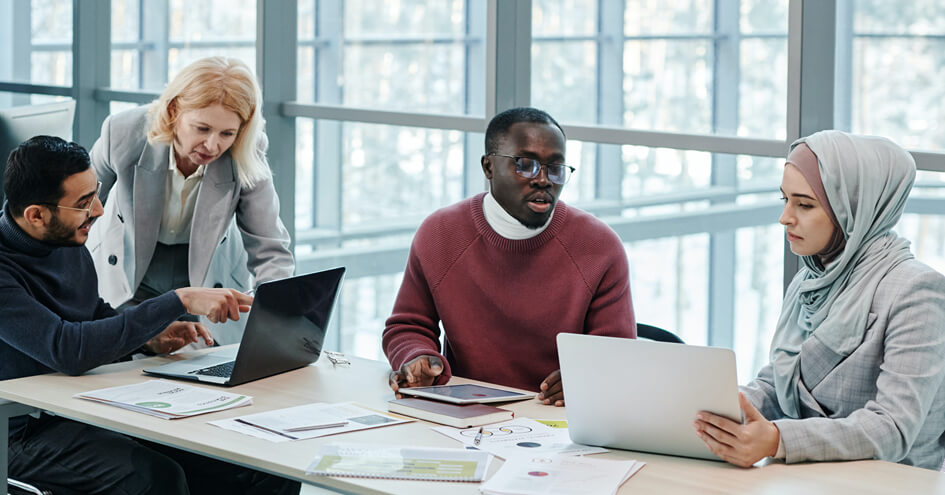 Collective wisdom can be a blessing or a curse. The collection of perspectives of like-minded people will likely form a very narrow arc, while the collection of perspectives from a group of people with varied backgrounds, ethnicities, and experiences is likely to glean a wide range of thoughts, ideas, and opinions. As Susan Treacy of EnergyBBDO argues in a recent article in Fast Company, “creativity undoubtedly is a team sport. And the more thoughtfully the team is cast, the more original the thinking will be.” And what is true for teams in general is certainly true for company board rooms. 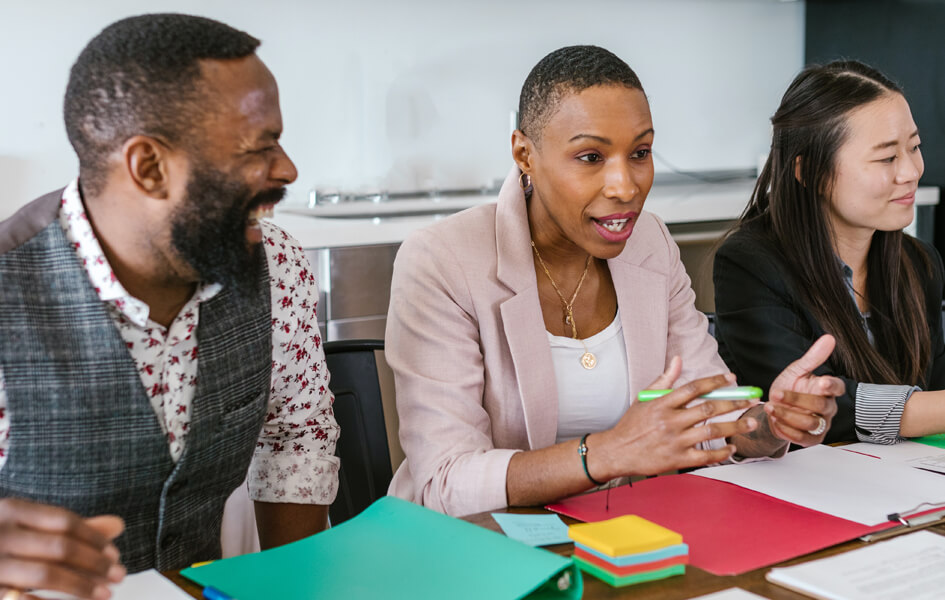 “When done right, leveraging DEI for the board can unlock multiple benefits, including better decision making to inform core governance issues,…more equitable representation of shareholder and stakeholder needs, greater alignment with the company’s employee, customer, and supplier base, as well as dynamic skills, backgrounds, and perspectives to anticipate and respond to changes in market and consumer trends,” states Dr. Simran Jeet Singh, Senior Adviser for Diversity, Equity, and Inclusion at YSC Consulting, in an article in Harvard Business Review.

Corporate and company boards should reflect the world in which we live, and that world is diverse. According to the latest U.S. Census Bureau data, America is 60% white, 18% Hispanic, 13% Black or African American, almost 6% Asian, and the rest are a mix of those and/or other races and ethnicities. Our citizens also vary by gender, religion, education, and socio-economic status, underscoring the fact that the United States is indeed a uniquely wonderful melting pot.

Investigative journalist Susan E. Reed has studied the history of corporate board homogeneity, writing in The Washington Post that “Corporate directors have historically been white and male. Even as the country changed, the gender, racial and ethnic composition of the captains of capitalism largely didn’t. Eventually, regulators shifted from nudging firms to pay more attention to board diversity to taking a more aggressive approach.” Those regulations include the Sarbanes-Oxley Act of 2002 which required companies to appoint  more independent directors, and a 2009 directive issued by the Securities and Exchange Commission ordering companies to disclose in their proxy statements “whether, and if so how, a nominating committee considers diversity in identifying nominees for director.” 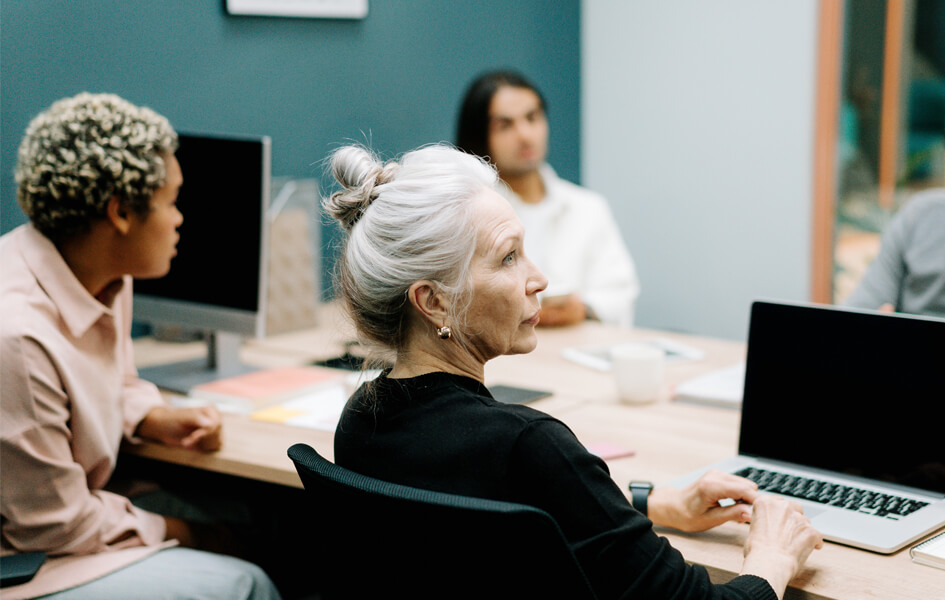 as women now hold 29% of company board seats, an increase from 15.5% in 2018. Further progress will result from implementation of the Nasdaq Board Diversity Rule, approved by the Securities and Exchange Commission (SEC) last year, which requires that Nasdaq-listed companies have at least two diverse people on their boards, and if not, requires them to explain why they cannot meet the requirement.

Fortunately, companies all across the spectrum – from Fortune 500s to start ups – are beginning to realize the value of creating diverse boards to help guide their organizations forward. The New York Times reports that corporate boards became more diverse in 2021 with the percentage of directors from underrepresented groups rising to 17% from 14% the year before.

“Directors who are Black, Asian, Hispanic, Middle Eastern or from another nonwhite ethnic group now occupy 4,500 board seats among companies in the Russell 3000 stock index, 25 percent more than they did at the end of 2020 and nearly 50 percent more than at the end of 2019. Those numbers come from an analysis by ISS Corporate Solutions, which advises businesses on corporate governance, executive pay and social and environmental issues,” the Times reports.

Women are also gaining favor as they now occupy 27% of all director seats, an increase from 24% in 2020. This is a continuation of recent trends. The Washington Post reports that large companies (worth $5 billion or more) appointed to their boards nearly three times as many women as men during the second and third quarters of 2018.

There are myriad reasons to applaud the shift toward greater diversity among corporate, small- and medium-size companies, and non-profit boards. Aside from the argument that it is the socially correct thing to do, more and more research is showing that diversity in the board room makes good business sense. A 2020 McKinsey study found that “the positive correlation between board diversity and financial outperformance observed in our previous research has now become statistically significant.” Specifically, the report cited the fact that “companies whose boards are in the top quartile of gender diversity are 28 percent more likely than their peers to outperform financially.”

Diversity in the board room also has positive impacts down the corporate ladder throughout an organization. As Dianne Hessan, board member at Brightcove and Panera Bread, told Fortune, “It starts with the composition of your board…You can’t have a board that’s not diverse telling management that they need to meet DEI goals. You can’t have a leadership team that’s not diverse, telling a recruiting team to find some people who don’t look like us.”

There is also a strong argument to be made that there is a cascading effect to diversification. A 2008 study by the non-profit organization Catalyst concluded that “The more women board directors a company has in the past, the more women corporate officers it will have in the future,” and a 2018 Australian study reported similar findings for companies listed on that country’s stock exchange.

Investigative journalist Susan E. Reed also writes that, “Diversity entrepreneurs have spread the gospel, and not only with regard to women. They hold that increasing the diversity of directors encourages companies ‘to be more open to hiring women and minority employees,’ in the words of BoardEffect, a business-communications software company.”

There are also costs involved for those companies that don’t take action. According to an article in Entrepreneur authored by Naveen Bhateja, EVP and Chief People Officer at Medidata Solutions, “A company without diverse management will appear increasingly out of touch with consumers’ beliefs and behaviors. It can face issues with everything from attracting talent to selling products, as employees look for a company that reflects their values and consumers show a preference for companies that stand up for broader societal issues.”

The recent positive trends that we’ve witnessed instill hope in many of us who wish to see life sciences and other company boards become more diverse as they seek to grow and evolve and enhance their reputations and bottom lines in the years to come.